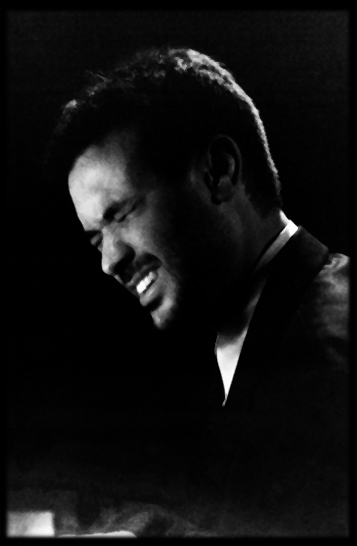 Gianmario Liuni began studying jazz piano at age 15. At the time, he also studied guitar with Maestro Mario Trama. He attended Maestro Arrigo Cappelletti's courses at the CDM music school of Milan. He participated in Siena 's summer jazz seminars, studying piano (Maestro Franco D'Andrea), ensemble music (Maestro Stefano Battaglia), and harmony. He studied advanced piano technique and classical repertoire with pianist Barbara Tripodi. He studied with Maestro Franco D'Andrea at the CPM European Music Institute in Milan, where he earned a diploma in jazz piano, receiving highest marks, in 1998. He pursued his studies in harmony, orchestration, and composition with Maestro Umberto Fusco. For some years until 2010 expanded the classical repertoire and studied the techniques of composition with Maestro Marco Iannelli (pianist, musicologist, and symphony conductor).

CD recordings of his compositions:

2020: "My Piano Life, a Collection" (publisher: Advice Music). A long piano marathon in three distinct directions, from only written pieces to totally improvised ones, which is a collection in its fullest sense (My written music - Around Jazz - Improvisations). The artist passes through the vineyard of his musical life and collects all those bunches-music composed for the piano or that can be adapted for it. You will therefore also find music from previous releases performed with larger ensembles, but the result is here more intimate or in some way different.

2016: "Stabat Mater" (publisher: Advice Music). In this sacred music composition, Liuni's unique and special homage is written for a chamber quintet, the members of which are Eleonora D'Ettole (mezzo-soprano), Giulio Visibelli (transverse flute), Sandro Ceccarelli (French horn), Stefano Dall'Ora (Contrabass) and the composer at the piano. The piece, based on the renowned poem-prayer by Jacopone da Todi, is in five movements. In addition, there is a "Salve Regina" and a piece titled "Dolce Signora", for which Liuni also wrote the lyrics.

2011: For the fourth edition of “Il libro della Passione” (Publisher: Ares), the "Quadri della Passione" CD, included with the book, is revised and updated. Excerpts are added of the poem read by Cesare Cavalleri, with new compositions by Liuni and the participation of Elio Marchesini on percussion.

2010: "Jazz Variations", is published by Advice Music: a unique work based on the classic form of variations on a theme. Alternating in the variations are a jazz trio (with Marco Ricci on electric bass and Alessio Pacifico on drums) and the string quartet of the La Fenice Opera House of Venice, which also performs the entire “Quartet for Strings N.1”.

2009: Rugginenti Editore publishes a score for two pianos with the title "Politango".

2008: Liuni releases a double CD in homage to the life and works of Florentine poet Alberto Caramella (1928-2007). The title, "Il Soggetto è il Mare"  (Ed. Advice Music; CDAM 014), comes from the collection containing all the poet's previous works inspired by or in some way alluding to the sea as the absolute protagonist. The songs are interpreted by the splendid voice of Maria Patti accompanied by the quintet with Liuni on piano, Alessio Pacifico on drums, Elio Marchesini on percussion, Marco Ricci on the electric bass, and Sandro Cerino on wind instruments.

2006: "Conversation with Africa" , published by Advice Music. Although it features the same artists appearing in "Un soffio soltanto", this work is much different due to its strong rhythms and an African flavor inspired by jazz and not ethnic origins.

2005: Advice Music editions publish "Un Soffio Soltanto". The project, taking as inspiration the central texts of poet and theatrical author Mara Cantoni, with the participation of the singer Daniela Panetta and the winds of Sandro Cerino and Giulio Visibelli. The rhythm section is entrusted to the battery Alessio Pacifico and Mangialajo Tito Rantzer on double bass and percussion Elio Marchesini.

2004: "Mottetti", published by Edizioni Splasc(h). The trio from "Altri Porti" is joined by mezzo-soprano Maria Antonazzo. The work uses the human voice to explore and develop the melodic potential of Liuni's music.

2003: "Altri Porti", published by Edizioni Splasc(h), with music for trio and quartet. Besides Liuni on piano and electric piano, the recording also features Alessio Pacifico on drums, Tito Mangialajo Rantzer on double bass, and Sandro Cerino on wind instruments. The liner notes are written by Maestro Arrigo Cappelletti.